The Night Before Christmas for Triathletes!

I had fun playing with this Christmas poem by Clement Clarke Moore!  Just wish I could have found two bike brands that rhymed!
‘Twas the night before Christmas and all through the house,
not a person was stirring, not me or my spouse.
The stockings were hung by the chimney in haste,
as we all had just run a triathlon race.
When out on the roof, there arose such a clatter,
we sprang from the couch to see what was the matter.
We ran to the window (yes, we were in shape),
and with great curiosity, pulled open the drape.
In the light of the moon, the yard appeared as transition,
Before the sun rises to start a great mission.
When what did our goggle-eyes see with delight?
A miniature sleigh pulled by eight shiny new bikes!
With an athletic driver so quick on his feet,
That we knew in a moment he must be elite.
More rapid that eagles, his cycles they came,
And he whistled and shouted and called them by name:
Now Cervelo! Now Canyon!
Now Scott and BMC!
On Felt! On Specialized!
On Quanta Roo and Trek!
To the top of the hill!
Be fast – not a crawl!
Now roll away, roll away,
Roll away all!
Just as a loose race bib can flutter and fly,
And dare it come lose, mount to the sky,
So up to the house top, the cycles, they flew,
With the sleigh full of toys, and the elite driver too!
And then, in an instant, we realized our mess.
The man in the sleigh was St. Nicolas!
He had been on a diet, lost all of his weight,
Had discovered triathlon, and was as slim as a rake!
As I drew in my head and was turning around,
He slid down the chimney with barely a sound.
He was dressed all in spandex from his head to his base,
And his cloths were all sweaty, like he’d just run a race.
A bundle of toys he had flung on his back,
And he looked like a tri sherpa carrying a pack!
His eyes, how they twinkled, his dimples, how merry!
His quads looked developed. His chest a bit hairy!
The beard on his chin was as white as the snow,
And we sensed that its drag would hamper his flow.
The remains of a gel sloshed through his teeth,
And his exhale encircled his head like a wreath;
He had a thin face and a flat, six-pack belly
That was firm and tight, and nothing like jelly.
He was chiseled and fit, a right jolly young elf,
And I drooled with envy in spite of myself;
A wink of his eye and a twist of his head
Soon gave me to know I had nothing to dread;
He spoke not a word, but went straight to his work,
And filled all the stockings; then turned with a jerk,
And laying his finger aside of his nose,
And flexing his quads, up the chimney he rose;
He sprang to his sleigh, to his bikes gave a whistle,
And away they all flew like the down of a thistle.
But I heard him exclaim, as he drove out of sight . . .
“Happy triathlon to all, and to all a good night!” 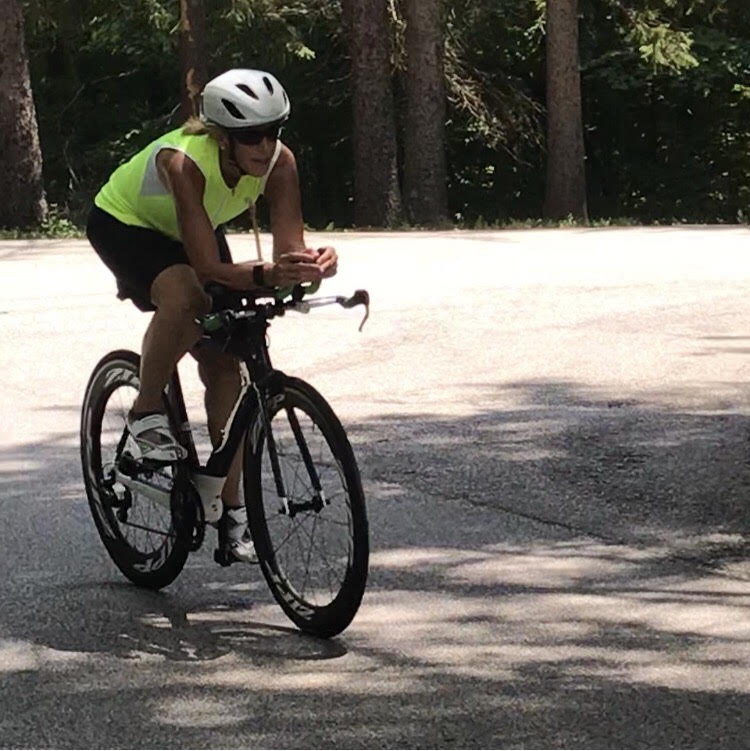 FINDING THE GOOD WITHIN:  In my second triathlon season, I hoped to finish in the top eight at the USA Triathlon National Championship and qualify 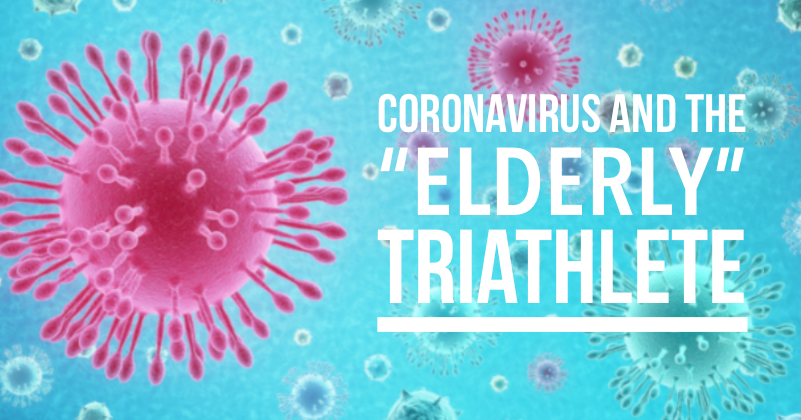 It’s funny how life can change in an instant.  A week ago, I was preparing for an April triathlon.  Now, I’m not even sure there’s