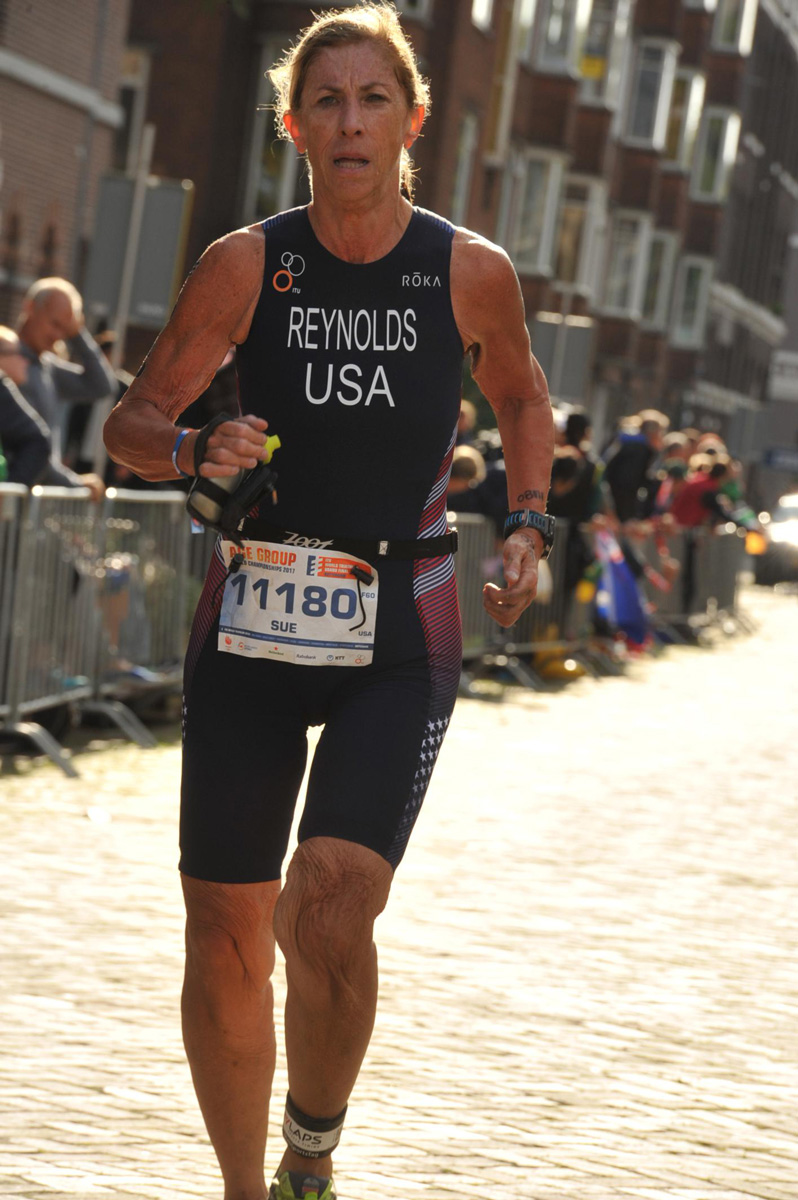 A few years ago, at 335 pounds, losing weight seemed hopeless.  I had been trying one diet after another for most of my life.  Each time, I’d lose weight – and then gain it all back again plus 10 more pounds.  But this time, something was different.  This time, I lost 200 pounds and have kept it off for almost three years.  What made the difference?  I had a new goal that gave purpose to my nutrition and exercise.  I wanted to finish a triathlon.

It started out as a secret daydream.  I had gotten to the point where I could walk for three miles, and I had survived a water aerobics class.  I thought to myself, “Hmm.  Maybe I can do a triathlon!”  I never thought that I’d actually do a triathlon, but that secret daydream gave purpose to my weight loss and exercise – and enabled me to stay the course when facing a dozen peanut butter cookies!  To my total surprise, I eventually lost enough weight and gained enough fitness to attempt a triathlon.  I finished dead last, but in my mind, I was a winner!  I was a triathlete!

Over the years, my goals have changed.  In my first triathlon season, my goal was to have the courage to toe the start line – and somehow make it across the finish line.  During my second season, my goal was to set personal bests.  In my third season, I started wanting to be competitive.  My coach and I talked about my goal for that season.  We decided my goal would be to finish in the top eight in the sprint distance at USAT Nationals so I could qualify for Worlds.  BIG mistake.

The more I thought about finishing in the top eight, the more pressure I felt.  I knew my family and friends would love me no matter where I placed, but I was extremely worried about letting my coach down.  He believed in me and had invested so much in training me.  I did not want to disappoint him.  The pressure was unbearable and much of the joy went out of triathlon as I thought about how sad he’d be if I didn’t finish in the top eight.  My coach didn’t put that pressure on me.  I put it on myself.

Then I remembered the words of wisdom that my brother, Tom, shared during my first season.   He explained that you can’t control the outcome of a race.  There are just too many things beyond your control.  You can’t control the weather, who else shows up, how well they race, or whether or not you flat on the bike.  The source of my stress was becoming evident.  I was trying to deliver something that was dependent on things outside of my control.

My brother also explained that outcome goals have their place.  They give direction to your training.  But he added that the most important goals are process goals.  Process goals relate to all the things you must do right every day, all year long, if you want to be in the best position of reaching your desired outcome.  Those are goals like: never skip a workout, focus every moment when training, communicate well with your coach, pay attention to the details, maintain sound nutrition, get enough sleep.

I liked the idea process goals.  They were things I could control.  If I told my coach I would focus in every workout, I could deliver.  If I pledged to lose more weight, I could make that happen.  So, all my goals became process goals.  I felt good when I nailed those process goals each day.  I hoped those actions would lead me to the top eight at Nationals.

As I toed the start line at Nationals, I had that strange sense of calmness that comes when I know I have prepared well.  The horn blasted.  I followed my race plan perfectly.  I left it all on the course.  I hoped for eight.  But when the results were posted, I saw eleventh.  Strangely, I wasn’t disappointed.  Instead, I felt a deep satisfaction that is hard to describe.  I think it’s the feeling that comes when you know you did your absolute best in training and on the race course.  That you left no stone unturned.  I just felt so dang satisfied.

As you set your goals for the 2019 triathlon season, define your outcome goals – to cross a finish line, set a personal record, or finish in front of your competition.  Those goals will give you direction.  But set process goals too.  Write down on paper what you have to do every day to reach your outcome goals.  Then do those things – no whining, no excuses, whatever it takes.  And as you meet your process goals each day, feel that deep satisfaction!  The best feeling ever!